What is Bins So Clean?

It just makes sense! Keep you and your loved ones healthy, protect your community, and preserve the environment! With a Bins So Clean Green Seal Certified service you can do your part to protect your neighbors and rid your home of harmful, illness causing bacteria. You simply take out your trash on pickup day, and on the next day we take care of the rest!* 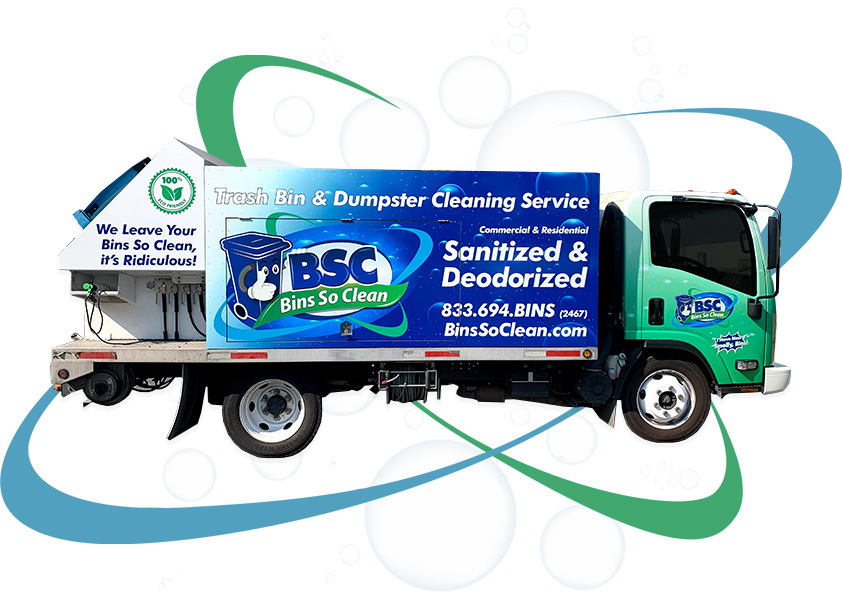 Do you know the Law about dumping contaminants from cleaning your own Trash Bins down the storm drains?  Get the 411!

The Story of our Family-Owned Bin Cleaning Business!

Bins So Clean was founded in Sacramento, California by husband and wife team Joseph & Vernita Tucker.  Their goal was to protect their family from the harmful bacteria inside their trash bins and recycling bins…and eliminate the smelly odors too!

Joseph and Vernita’s two young grandchildren would visit regularly during the summer months.  Their dirty diapers, combined with the bags of “gifts” left by their chihuahua Chica, would fill their trash bin with plenty of foul odors.  Add to that the heat of summers in Sacramento, and the smell from their trash bins made it nearly impossible to hold family functions in their backyard!

In an attempt to resolve this ongoing dilemma, Joseph and his son Tre found themselves cleaning their trash bins with a hose in their driveway.  It was a messy process (to say the least)!  One day Joseph received a letter.  Inside was a notice stating that cleaning their bins, and allowing waste water to run into storm drains, was illegal.  Continuing to do so could result in hefty fines!

Joseph knew that if the Tucker family was dealing with smelly and dirty bins, then there must be more families and homes that face the same issue. The Tucker family was determined to help their community by bringing attention to the growing problem of smelly, bacteria-filled, trash bins and unfortunately didn’t have a way to solve that problem. 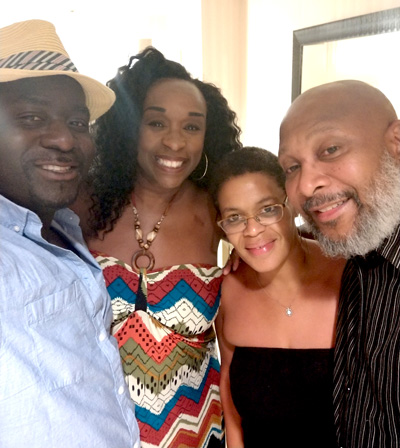 Until, after a 7 day cruise with a two day layover in Miami, The Tuckers met a wonderful couple on the beach and mutually decided to hang out and join each other for dinner. During dinner conversation, The Tuckers shared their interest in real estate investing among other things. The couple agreed that it was a good idea; however, one of them presented something that may not have been in their area or part of the US and encouraged them to check it out.

Well low and behold, it was the solution that the Tucker family needed to address the epidemic in their community.  A pickup truck, equipped with some contraption to lift trash bins, with a water tank and a holding tank in the bed. Voilà, a trash bin cleaning service that was able to contain all of the dirty water that would come from cleaning those smelly, bacteria-filled, trash bins.  Starting from scratch, the research began and a few months later, Bins So Clean was born.

With several modifications the custom built state of the art Trash Bins Cleaning truck was ready to help make families in their community safer, and healthier.

Ready to Join the Bins So Clean Family?

The Law… City of Sacramento

A.  No person shall accumulate, store, keep, throw, place, deposit, or dump refuse:

1. In any water or waterway, or upon the levees or banks adjacent thereto;
2. Anywhere else on improved or unimproved public or private property, except in the containers designated for this purpose, or as otherwise allowed under this chapter.

What is the County of Sacramento doing about illegal dumping?

The County’s Stormwater Ordinance makes it an environmental crime to knowingly dump or discharge hazardous materials into the storm drain system and the County can impose fines on violators when they are caught. Storm drains are designed for catching rain water only. Dumping trash or other pollutants down storm drain inlets is illegal and is a violation of the Federal Clean Water Act of 1972 as well as the County of Sacramento’s Stormwater Ordinance. If a neighbor is disposing of trash in the storm drain, they may not understand that drain inlets directly connect to our creeks and rivers.

Get Bins So Clean Today!

Get Started
Go to Top